First of all, sorry I haven't written in over a month.  I'm not really sure what to write about.  I may start writing GSF stories that I never got to write.  I might also try to update every once in a while about how our travels are going.  Today, I want to write a story that I have been meaning to write for a very long time.  It has actually been sitting in my draft box for like 4 months.  I'm finally getting around to posting it. 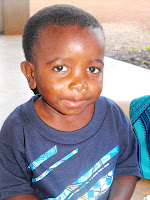 Okay, so before you read this, if you haven't been around for a while and haven't read Sebastian's story, I would like to ask you to do that here.  It is kind of a confusing story, so if you don't read it you may be confused.  TIA, This is Africa. 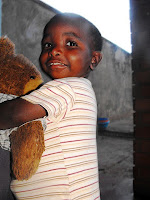 I had to look back to see how far I had gotten in writing his story.  I wrote a while back and said he was going in to get the other half of his surgery done.  Well, when he went in they were told, 'It's too big, we just can't do it because its too big.'  I tried over and over to write that post, but I couldn't do it.  I couldn't find a way to write that post ... Sebastian can make anyone's day in an instant and it  broke my heart to know that his cleft-pallet may never be fixed.
However, there was a little glimmer of hope.  We were told that there would be an English doctor who is an expert at this coming a month later.  So, a month later they went back and the doctor said he would try because if he didn't do it then, it would never get fixed.  The surgery was successful and only a little hole was left.  He is talking a lot more now.  I've been trying to get up a short video {like 5 seconds} of Sebastian talking up here, but it won't work. :(  I'm really sad about that because it is a precious video of him saying 'Jesus'.  I have SO many cute pictures of him {because he is just adorable} but here are some of my favorites. 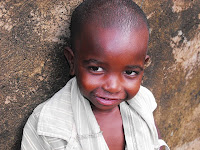 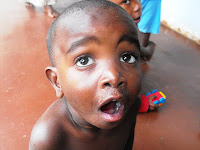 Baby Azida is on GSF's feeding program.  Both her mom and jaja {grandma} are able to care for her so she is able to stay at home and just be on the feeding program.  She is 2 months old and has a cleft lip AND pallet.  Once she gets older GSF will help transport them back and forth to the hospital where she will {hopefully} get her surgery done.  Please join me in praying for her!  You can be specifically praying that she will continue to grow and that she will be able to get her surgery done. 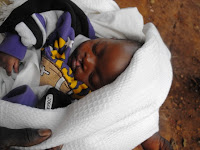 {If you haven't looked at the sponsorship blog lately, you should totally go do that.  Their are some precious kids on there.  Even if you don't want to sponsor a child, it is still a great place to find out about the kids.  You can get to it by clicking on the picture on the top right.}
Love, Caralina at 11:02 AM