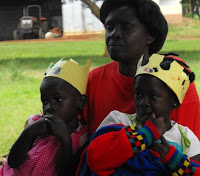 Auntie Betty with Patu and Joycie

Since we came to Uganda nine kids have been adopted - Mary (Zuri), Joyce (Joycie), Aaron (Samuel) and Faith (Layla), Brian and Pius, Joshua and Isaac (Adam), and Patricia (Patu). Twin girls, Martha and Grace have just left Uganda. I will write more about them in another post. 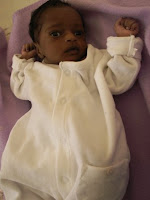 Mary/Zuri on her first day at GSF

About a month after we got to GSF a week old baby with no name arrived at GSF. She was taken in to GSF and named Mary. For the first four months of her life at GSF was spent switching back and forth every week from our house and Auntie Claudia's house. Then, she stayed at Auntie Claudia's house all the time. When she was about 6 months old, the Renslow family came and adopted her. When they adopted her they changed her name to Zuri. 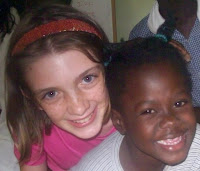 Joycie came to GSF before we did. When we got to GSF she was about three years old. I always enjoyed going over to her house and reading books to her and one of the special needs kids, Kathy. In January she was adopted and she now lives in Greensboro. 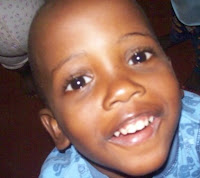 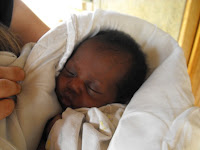 Faith (Layla)
Aaron came GSF in 2008; he stayed in our house for a few weeks. I helped him learn how to walk and watched him grow up. In the 'summer' of 2010 Faith was brought to GSF. Faith is Aaron's half-sister. By the beggining of this year Aaron and Faith were on their way home with their forever family! Their names were changed to Samuel and Layla. 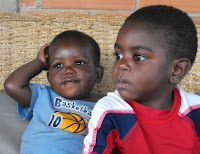 Brian and Pius soon after they arrived at GSF 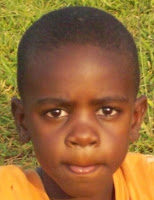 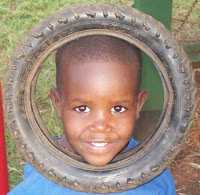 Pius and Brian came around December 2008. Pius was four and Brian was two. About two years later their forever family came to get them. Not only their new parents came but so did their big brother and sister. Soon, they too were on their way to their new home. 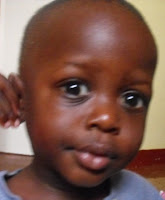 Joshua and Isaac, unlike most of the other sibling groups that have been adopted from GSF, are not biological brothers. Joshua came a few weeks after we did. He cried a lot and was scared of most people. Very little was known about him, his family, or where he came from. He didn't respond to English or Luganda (the main language spoken here). For about one week Joshua couldn't talk to anyone or understand anyone. Finally, someone tried speaking to him in Swahili. He brightened up and loved everyone who spoke to him in Swahili. He began getting used to life at GSF and learning English as well as some Luganda. After Joshua had been at GSF for about a year and a half Isaac came. The lady who brought him didn't tell us an English name for him but only told us his Luganda name, Musazizi. So, we thought that was his only name and his name was changed to Adam. He had been on GSF's feeding program and was brought to the clinic several times for some time before that. One day we heard the Ugandan nurse call him Isaac. Then, she, as well as some others, kept calling him that. One day she was asked why she called 'Adam' 'Isaac'. She answered, "I always get confused because the name on his file in the clinic is Isaac." So, we started calling him Isaac again. About a year after Isaac came, both he and Joshua became Clarkes, and moved to their new home with their forever family. 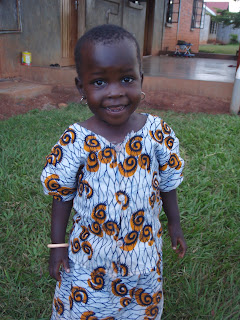 Patricia soon before she came to GSF. 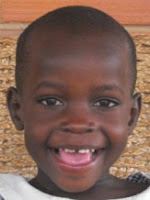 I met Patricia "Patu" before she lived at GSF. Her JaJa makes baskets and mats and comes to GSF to teach some of the kids. Some days she would bring Patu with her. She used to teach the kids out on our back porch so I would go out and read to Patu while her JaJa taught the others to make baskets. About a year after we came to GSF Patu moved to GSF. At the beginning of this year she was adopted.
Love, Caralina at 11:45 PM